Inventory information and delivery speeds may vary for different locations.

Try Your Luck with these Japanese Kit Kat Flavors

Ever since the late 1980s, we’ve been singing the popular jingle, “Give me a break, give me a break, break me off a piece of that Kit Kat bar.” While Kit Kat is a popular snack in the U.S., in Japan it is practically an obsession.

The candy bar first went on sale in Japan in 1973 and its fame continues to surge. Its popularity is likely helped by the fact that “Kitto Katto,” the Japanese transliteration sounds close enough to a lucky Japanese phrase “Kitto Katsu.”

This little lucky charm usually has at least 30 flavors in production at any given time but has produced hundreds of flavors since the early 2000s. In 2017, Nestle, which produces Kit Kat in Japan, had to open an all-new factory—its first new one in Japan in 26 years—to keep up with demand.

If you’re ready to break off a little piece of Japanese good luck, below are a few suggestions to get you started.

The OG, matcha flavor was the first Kit Kat produced by Nestle Japan and it has remained a fan favorite ever since. It is also a social media superstar and has gathered legions of obsessed fans. Maybe its popularity is due, at least in part, to the matcha-green candy shell, which looks so pretty on Instagram. If you’re new to Japanese Kit Kat flavors, you should know that there are several matcha-flavored bars. The Japanese Kit Kat Matcha Chocolate Wafer is a great starter, with a mild flavor and a creamy sweet center, and very little of the dusky flavor normally attributed to matcha. If you’re looking for mucho matcha, you can also try the Japanese Kit Kat Heavy Matcha Chocolate Flavor and the Japanese Kit Kat Matcha Latte Chocolate Wafer 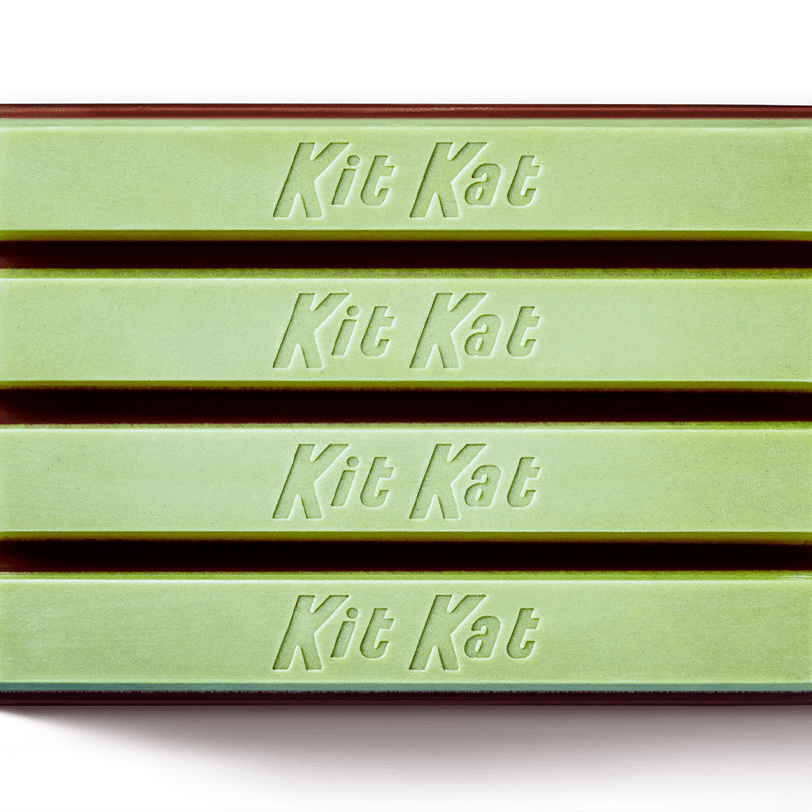 The cute little squirrel nibbling on a pistachio nut on the packaging is enough reason to buy the Japanese Kit Kat Pistachio Chocolate Wafer, especially if you’re planning on sharing this treat with your kids. The mild flavor is perfect for the less adventurous palate. In Japan, the pistachio flavor is a best seller. When Nestle Japan launched the annual “what taste do you want to eat next” contest on social media, the pistachio Kit Kat collected the most votes from fans around the world. 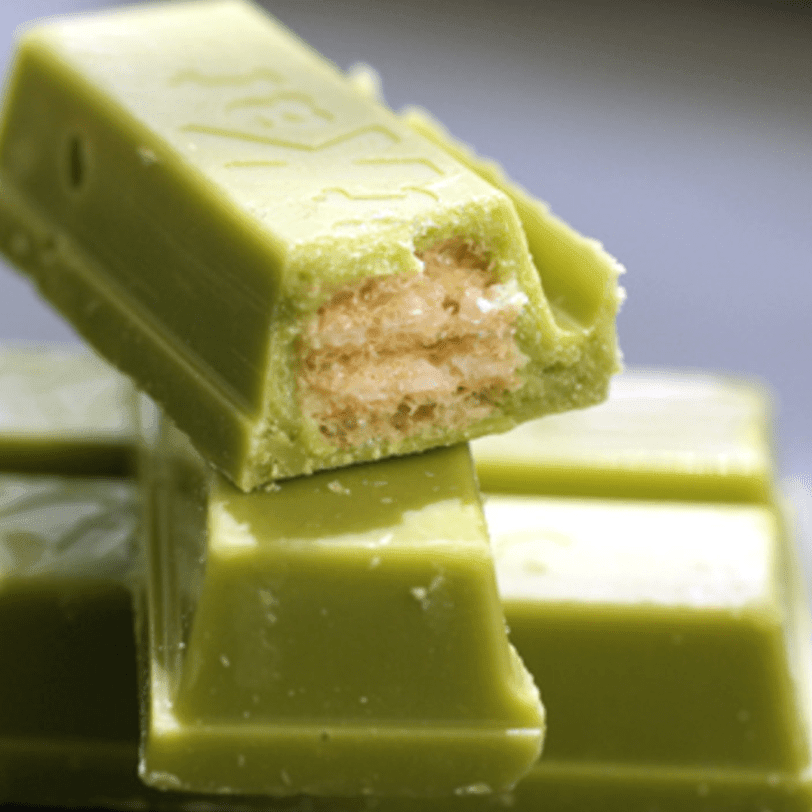 If you like a little intensity with your chocolate adventures, the Japanese Kit Kat Milk Tea Chocolate Wafer is the one for you. Boba (pearl) tea lovers don’t get too excited, though. Despite its name, the candy bar actually replicates the Teh Tarik (pulled tea) experience that is so popular at Malaysia’s outdoor food stands, complete with its pungent black tea flavor, which also scents the bar. Nestle has done a good job incorporating the spicy, nutty black tea fragrance into the candy bar, but it is definitely not a flavor for beginners. 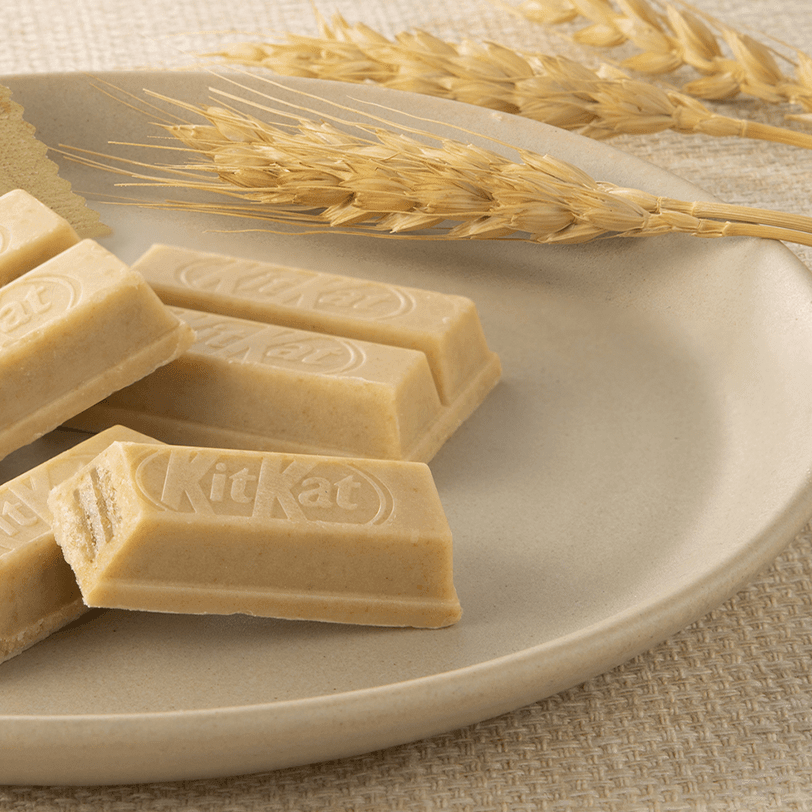 Chocolate and orange are such a natural pairing, it’s a wonder the flavor combo isn’t more popular in the U.S. Fortunately Nestle Japan produces the Japanese Kit Kat Orange Chocolate Wafer, which really highlights the zesty orange flavor. In this bar, the milk chocolate exterior serves as more of an accent and the real star is the citrus essence packed into the wafer and crème center. If you’re a fan of the dipped dried citrus you can get at specialty fruit stands, this is the candy bar for you. For candy lovers who like to blend a little social justice with their snacking, the Japanese Kit Kat Save the Blue Ocean Flavor is the one for you. With the slogan “Give the Ocean a Break” printed right on the label, the candy bar comes with a Nestle Japan promise to donate a portion of all proceeds to help clean up the ocean. So, what exactly is Save the Blue Ocean flavor? Why sea salt, of course. The salty flavor is intense and surprising at first, but it should be a treat for lovers of savory candy like salted caramel. If you’re buying this treat to share with the family, be sure to buy extra, as each of the 12 individually wrapped bars have distinctive packaging featuring whales, turtles and other marine life and you’ll want to be sure to have enough so that everyone gets a piece with their favorite sea animal. 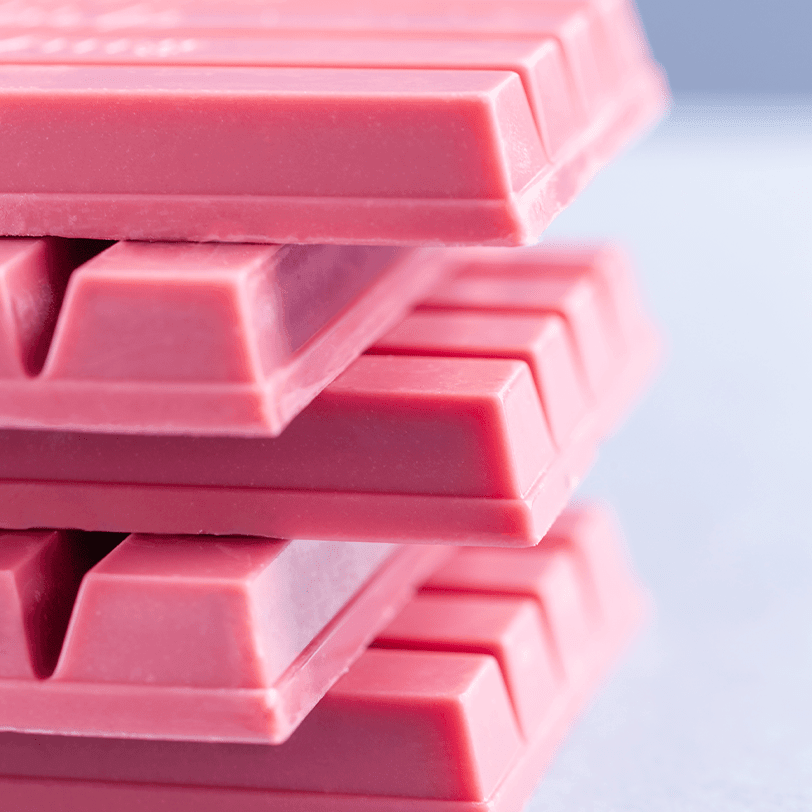 You will receive an email shortly

Your suggestions help us improve together